We all know the feeling of being dumped. It’s one of the worst things that can happen to us. But sometimes, even though our ex says they don’t love us anymore, there are sneaky signs that they may actually still have feelings for us.

If you’re wondering if your ex still loves you, watch out for these sneaky signs. They may not say it outright, but 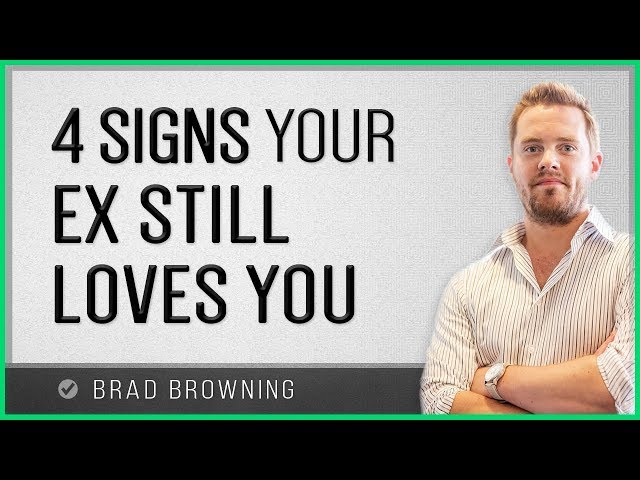 They Text or Call Frequently

Your ex isn’t over you if they’re texting and calling constantly even though you’ve asked them to stop. If they can’t go more than a few hours without trying to contact you, it’s a clear sign that they’re not ready to move on. If you’ve told them that you need space and they respect your wishes, they’ll give you the space you need without any constant contact.

They Try to Get Your Attention on Social Media

A key sign your ex still loves you is if they start to get your attention on social media. This could be in the form of likes, comments, or even direct messages. They might also post something that they know will get a reaction out of you. If you notice that your ex is suddenly interested in what you’re doing again, it’s a good sign that they still have feelings for you.

They Show Up to Places You’ll Be

It’s one thing if you happen to run into your ex at the club on a Saturday night. But it’s another thing entirely if they start showing up to places where they know you’ll be on a regular basis.

This could be anything from a mutual friend’s party to your regular exercise class. And if they only started showing up after you broke up, it’s probably not just a coincidence.

They’re trying to keep tabs on you and see what you’re doing without actually having to talk to you directly. And in some cases, they might even be trying to make you jealous by flirting with other people in front of you.

The Ex Tries to Win You Back

After the break-up, it can be tough to tell if your ex still has feelings for you. They may say they don’t, but there are often tell-tale signs that they’re not being truthful. If your ex is trying to win you back, they may do things like reach out to you, try to make you jealous, or do things for you. Keep an eye out for these signs and you’ll know if your ex is still in love with you.

Your ex might not say they love you anymore, but if they go out of their way to compliment you, it’s a good sign they still have feelings for you. If they tell you that you look great or that they’ve missed your laughter, it means they’re thinking about you and still care about your well-being.

They Play on Your Emotions

They Offer an Olive Branch

Although it may seem like your ex is totally over you, there may actually be signs that they’re not as “over it” as they say they are. If your ex goes out of their way to do things for you or to try and patch things up, it’s a pretty good indication that they still have feelings for you. So, if your ex starts texting you out of the blue or asks to meet up “just to talk,” beware! They may be trying to win you back.

The Ex Tries to Make You Jealous

They Flirt with Your Friends

Your ex might say they’re over you and that they don’t care if you move on, but their social media activity might tell a different story. If your ex still posts photos of you two together or photos of the two of you happy, it’s a sign that your ex still has feelings for you. They might be trying to make you jealous by showing off that they’re moving on while simultaneously reminding you of the good times you had together. If your ex is doing this, it’s a sign that they want you back even if they won’t admit it outright.

They Talk About Their New Dates

If your ex brings up their new dates frequently in conversation with you, it could be a sign that they’re trying to make you jealous. They might mention their dates in an offhanded way, or they might go into great detail about the new person in their life. Either way, if your ex is constantly talking about their new romantic partners, it’s a sign that they’re still interested in you and hoping to make you jealous.